Old age gets to even the most youthful of people. My maternal grandfather, 89 years old, is having trouble bicycling uphill because his balance has worsened. Ever the tinkerer, he cannibalized his stored bicycles, welded and built a double front wheel bike (last year it was a simpler attempt at just fastening a spare bike wheel on the side of the back wheel, which sent him toppling into the trench). Note the upward-shooting little rods that prevent the wheels suddenly twisting about 360 degrees if one was to turn too sharply.

Apparently, having two front wheels is much different to riding a normal bike. You cannot turn as sharply, and any bumps in the road jerks about the bike more forcefully. The most obvious difference is that the instinct to turn your body over to one side to prevent the bike going where you don't want it to go, is null and void for a double front wheel assemblage. Instead, trust in steering alone to take you in the right direction. On first tries, the bike will tend to move toward the trench forcing you to stop and jump off, but handling the double front-wheeler correctly is quickly learnt.

This is Mark II. Mark I was a red bike, and welded fast steel-to-steel. Grandpa switched to the purple bike for its more numerous gears, yet was surprised to find that the purple bike was made all out of aluminium, which do now weld with steel. This was a hurdle for swearing, but not an overly large problem to overcome for an old farmer who knows his trusty workshop (the anvil is a short piece of railway rail).

There isn't much stopping some people:

Re: Bike With Double Front Wheels

A veritable Iacton Qruze.
"While all answers are replies, not all replies are answers. So answer the question."

Re: Bike With Double Front Wheels

Some days ago, grandpa turned 90... twice. Does that make him 180 years old? When his family fled from Finland during the second world war, the Swedish authorities misregistered him, and the error has stuck. Apparently when he turned 50, he and grandma travelled away so as to not be attended with a big party on his actual birthday, but the problem was that they still were home and unprepared when guests began turning up at his second birthday date.

During his actual 90 years day he joked about setting up three long planks against the oak tree out front, to see which of the guests dared ride the homemade tricycle up highest. (Yes the craziness runs in the family.)

This got to be his birthday present from me: 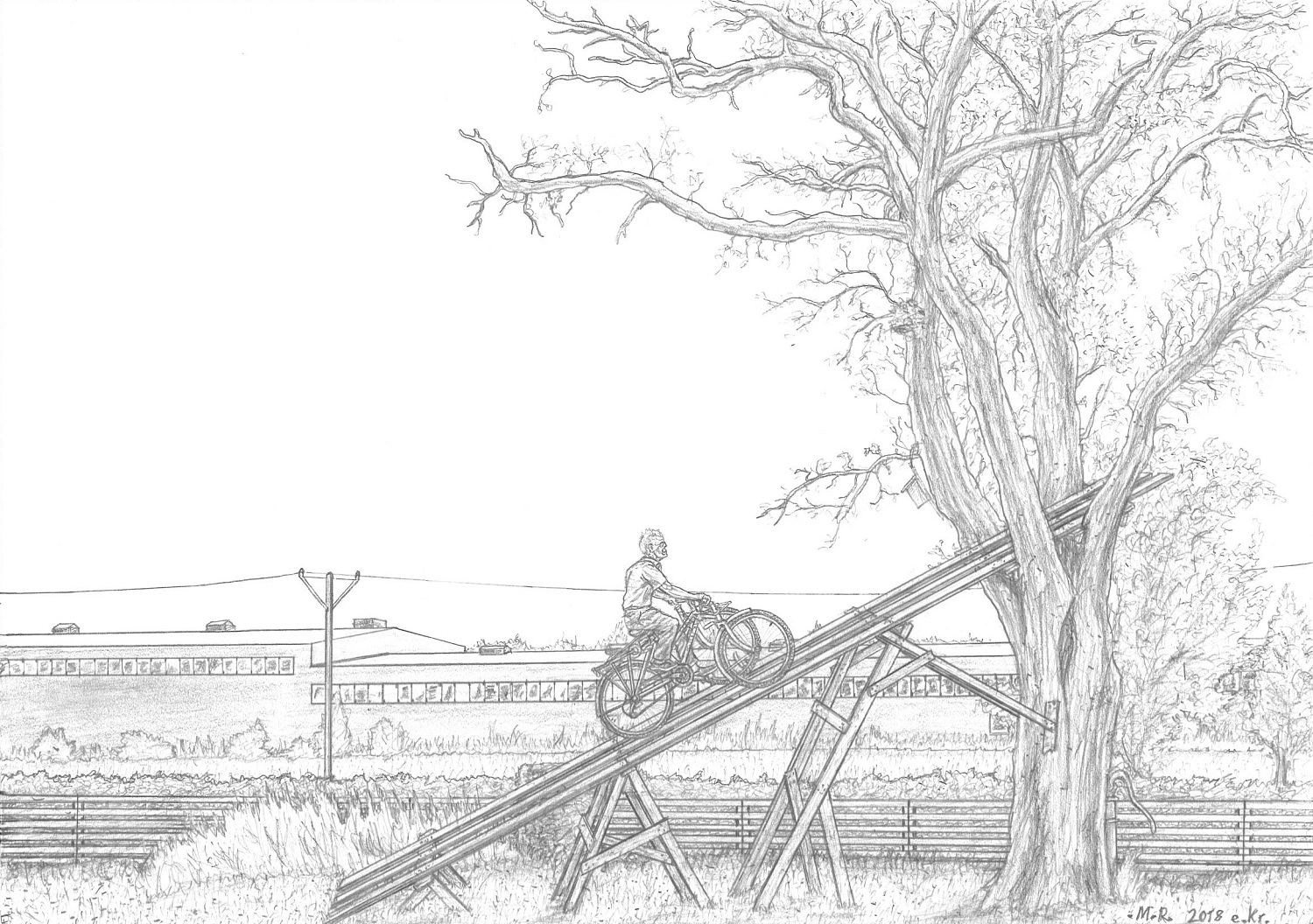