The Downfall of Leo V the Armenian

The Downfall of Leo V the Armenian

Byzantine (Mediaeval Eastern Roman) emperor Leo V (r. 813-820) has been deemed too clever by half by some students of history.

First he toppled the inept reigning emperor Michael I Rangabe by withdrawing his troops in the middle of an open field battle at Versinikia against the Bulgars, a battle that the Byzantines were in the process of winning (for similar reasons of organization and drill that made the ancient Romans excel at open field battles against foes such as Celts, Iberians and Germans). This resulted in a great slaughter of Constantinople's army, whereupon Michael I resigned voluntarily, Leo seized power and had all Michaels' sons gelded. The triumphant Bulgar army marched to Constantinople, sacrificing in full view of the city walls and demanding negotiations. The Bulgar Khan Krum entered into a meeting with Leo V, but spotted a sign that betrayed how Leo had filled his retinue with assassins. The attempt at the Khan's life was botched, and fleeing slightly wounded back to his host, the enraged Khan burnt Constantinople's suburbs, massacred populations across the southern Balkans and ravaged Byzantine lands. Some years of external peace and internal iconoclam then followed.

In 820, Leo had his former friend and military commander Michael the Amorian arrested on treason charges. Instead of just executing Michael swiftly, Leo concocted a scheme where Michael was to be tied to an ape and cast into a bathhouse furnace, to be either maimed by the monkey or die from burning or dehydration under the heated bathhouse floor. However Christmas got in the way, and Leo delayed with Michael's punishment until after Christmas, whereupon Michael's supporters gathered and assassinated Leo V.

Then Michael II ascended the throne as a man who was not tied to an ape and cast into a furnace.

Looks inspiring for Vermins in Avras.
Winds never stop blowing, Oceans are borderless. Get a ship and a crew, so the World will be ours! Today the World, tomorrow Nagg! {--|oBrotherhood of the Coast!o|--}
Top

Romans had a penchant for punishing people with animals. In the east, they developed a fondness for mutilating defeated rival noblemen via cutting off noses, tongues, male genitalia and eyes. It was seen as more humane than killing someone outright, and likewise you were not eligible for the imperial throne if you were physically imperfect (with one exception). You won't be surprised to hear that most adult men didn't long survive their castration, and many died from blinding as well. That Roman cruelty was alive and well right up to the very end in 1453.

Basil II took the blinding custom to extremes against the Bulgars after the battle of Kleidion: 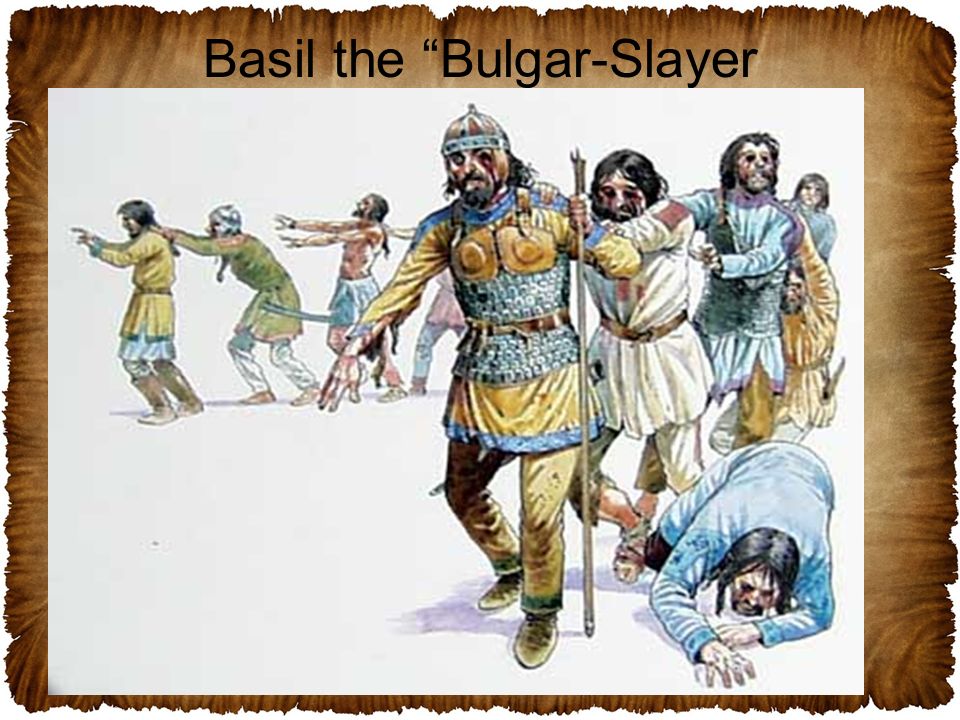 It was a different time. One Thracesian woman was raped by a Varangian guardsman, and proceeded to spear him to death, whereupon the dead man's comrades sought out the woman and gave her the dead man's belongings, as per custom:

Harsh times, before the Geneva Conventions...
Winds never stop blowing, Oceans are borderless. Get a ship and a crew, so the World will be ours! Today the World, tomorrow Nagg! {--|oBrotherhood of the Coast!o|--}
Top
Post Reply
4 posts • Page 1 of 1