This blog post on history contains vivid descriptions of nightmarish work in Sicilian sulphur mines, the misery of the sulphur carriers (caruso) and the detrimental effects this toil had on their bodies. Good reference for converting and painting e.g. Goblin or Human mine slaves for Druchii, though more likely to be adults than children (the detrimental effects will still be much the same from overwork). Excerpts taken from Booker T. Washington's The Man Farthest Down.

The original imagery of Hell is in the first instance likely inspired by mines.

Here are a few bits of hobby interest. My emboldenings for modelling and painting reference:

These boy slaves were frequently beaten and pinched, in order to wring from their overburdened bodies the last drop of strength they had in them. When beatings did not suffice, it was the custom to singe the calves of their legs with lanterns to put them again on their feet. If they sought to escape from this slavery in flight, they were captured and beaten, sometimes even killed.

Children of six and seven years of age were employed at these crushing and terrible tasks. Under the heavy burdens (averaging about forty pounds) they were compelled to carry, they often became deformed, and the number of cases of curvature of the spine and deformations of the bones of the chest reported was very large. More than that, these children were frequently made the victims of the lust and unnatural vices of their masters. It is not surprising, therefore, that they early gained the appearance of gray old men, and that it has become a common saying that a caruso rarely reaches the age of twenty five.” 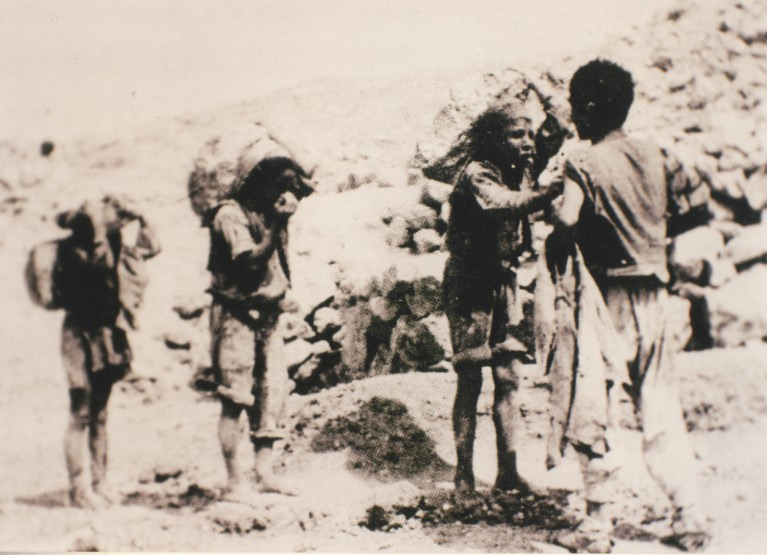 Sad.
Life was harsh.
Winds never stop blowing, Oceans are borderless. Get a ship and a crew, so the World will be ours! Today the World, tomorrow Nagg! {--|oBrotherhood of the Coast!o|--}
Top
Post Reply
2 posts • Page 1 of 1