Courtesy of Bloodbeard, who shared this piece of news: 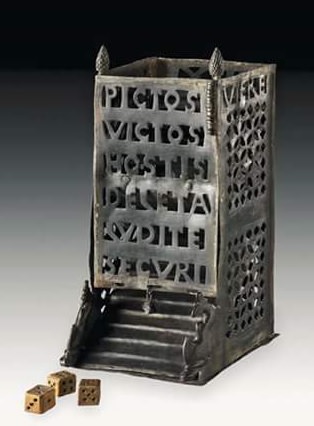 [quote=Archaeologist Ticia Verveer]A Roman throwing tower found at Vettweiß-Froitz-heim in Germany. The sides have been worked open, so that the players could see the dice rolling. Invented to prevent cheating. Text on the back reads: utere felix vivas ('use it and live as a lucky man').

On the front it says Pictos victos hostis deleta ludite securi ('The Picts have been defeated, the enemy destroyed, play carefree').

The text refers to a Roman victory over the Picts in Scotland, north of Roman Britannia.

This is seriously badass. Me wants! Are there replicas of this for sale?
Top
Post Reply
2 posts • Page 1 of 1