A friend of mine, who is known as Deviatecod online, have a neighbour and friend who is into Warhammer 40'000. Recently, this 40k collector and another mate of his got the idea to have his Ork Stompa turned into a Freebooter Pirate Stompa. Consequently, Deviatecod cooked up a lot of detail ideas for this concept and got in contact with me. The ideas were really fun, so I accepted the commission even if the fee stretched out on work hours was something like €1 per hour. Most of the Stompa head ideas are his, although I came up with the pipe, the ear ring, the headcloth and the feather (a stylized Imperial Aquila statue wing broken off for looted duty). The eyepatch of ammunition bands and a Terminator sole was a joint idea. This was fun, though the detail level is lacking (e.g. no rivets in sight) since it was a rushjob. The beard will have to be bowed into place by the client. 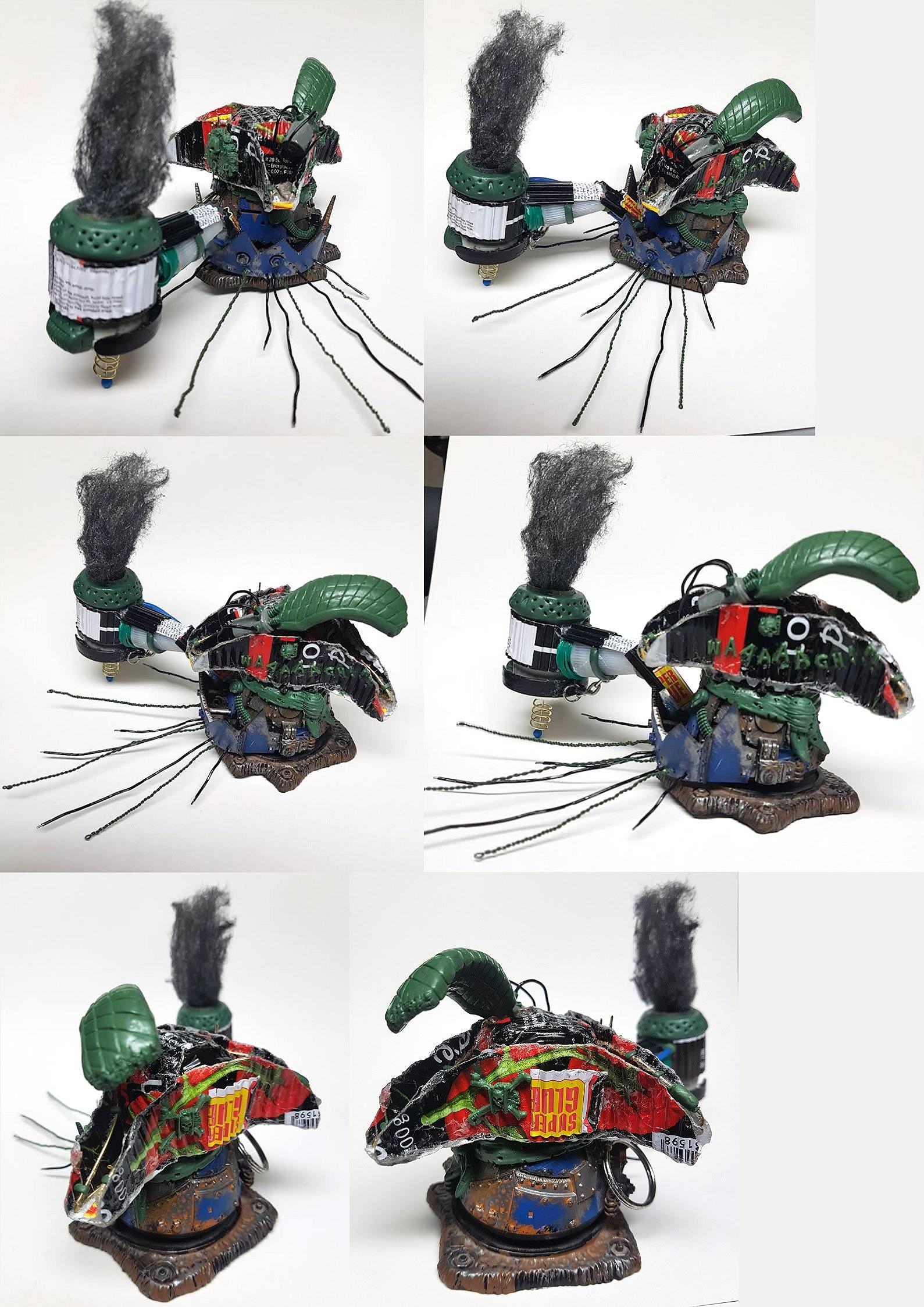 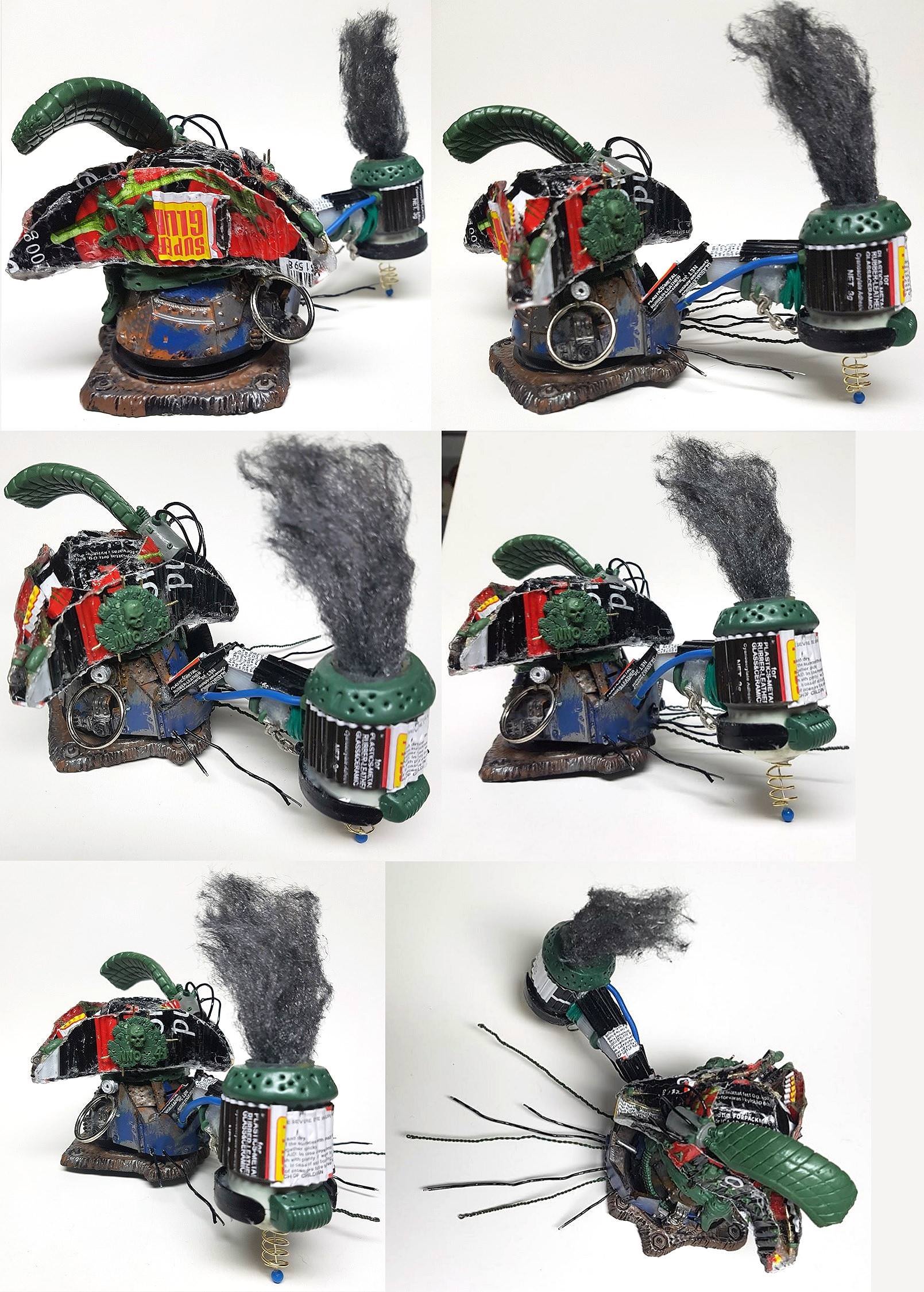