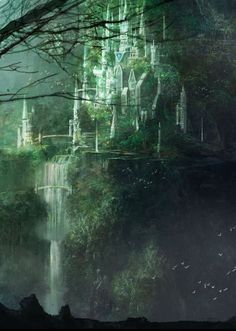 One way to reinforce the non-Human impression of Highborn Elves, is to break away from long-standing real life Human design forms in architecture, urban planning, landscape architecture and the like. Stark and simple geometric designs are standard when Humans map out buildings and street networks: There are squares, rectangles, circles, octagonals and a combination of such simple geometric forms. Parallell lines are a favourite.

Fictive Elves on the other hand usually go well along with flowing lines, leaf forms, wave forms, perhaps simplified shapes borrowed from bottle-nosed dolphins, birds such as swans, swallows or eagles, and other elegant creatures and plants. In order to set Elves apart, one would expect that this plays true not only in surface decor but often also in the layout of buildings, gardens, streets, canals, road networks and modified landscapes (perhaps surrounding a mansion). One wouldn't expect Elves to resort to a mere gridwork, since that would be for Dwarves in their simpler moments or Humans when they can bother to even make an effort at urban planning. Instead, one would expect the layout of Elven cities, villages, farmed landscapes and so on to share some elements from their ornamental patterns.


Below are some quick experimental doodles to try out some of the proposed design principles, depicting map details of Elven roads or street networks, or perhaps canals? Nothing refined and perhaps nothing worth using, but maybe something to get the ball of imagination rolling: 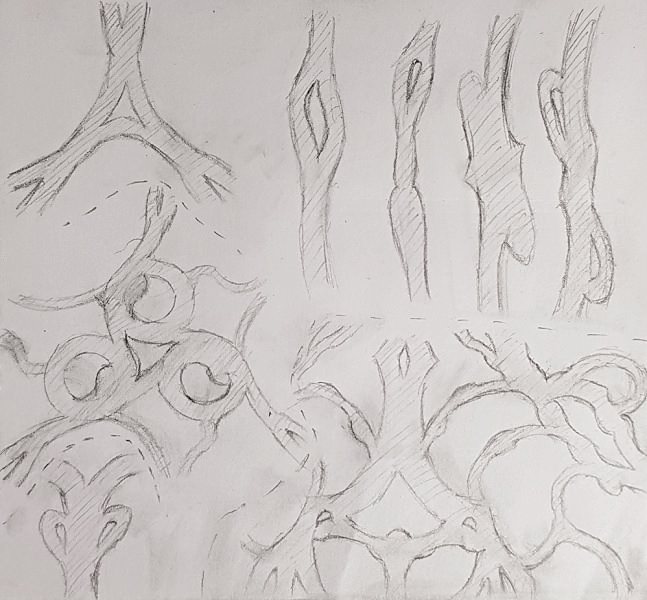 And this doesn't even touch on such things as walkways, fountains, potential street lights, possible elegant and sweeping mosaic patterns inlaid into the road/street pavement, flanking statues, greenery and ways in which surrounding terraces, triumphal arches, buildings, bridges between towers and topography play into the overall impression of which this 2D layout is only a part. One would expect Elven urban planning and architecture to produce an artistic effect both on the ground and on the map. Likwise, Elven settlements would often be expected to make dramatic or soothing use of the landscape, often but not always favouring climbing heights or rolling hills over mere flatness, perhaps remodelling the landscape where necessary to better please their eyes (though not necessarily the cart-drivers!). Within reason, Elven practicality would probably often be adapted around the artistic layout of towns, buildings or roads, rather than the other way around. (Related to a fondness for slim, tall towers which look nice but leave a lot of walking up steps to reach a room.) And often, quirky features that would seem and act as an unnecessary minor hassle in the middle of a street's flow to Humans, would have the Elven denizens long since being used to it, forming their traffic behaviour around it in seeming harmony, even if the solution is pragmatically suboptimal.

One source of inspiration could be Elven patterns like this or this. Another could be natural forms, for example a whole city whose street map forms an eagle in flight seen from the side; some kind of flower or leaf; a street network mimicking a tree branching out; or something mulilayered such as a city wall and main street map which hints at a proud, rearing horse head with throat (symbolizing victory, rising power and shining splendour), while inside this, the canal network running up from the harbour resembles a stylized kneeling Elf maid crying in sorrow, standing for loss, decline and fading glory.

Just some tips for T9A artists and background writers. With fantasy Elves, the sky is the limit. You might want to take the chance for some daring novelties.

A somewhat hasty concept map to illustrate some of the above proposals, drawn in the same quick manner and with the exact same type of felt pens which I drew city maps with as a child. Note that everything is simplified (e.g. no walkways or topography or statues), and even where the base of a building might have an odd form, the rest of the building might turn out to flow into more mundane shapes. Roads might have turned out broader than they should be since those were drawn first. Note also that the length of city wall to man and defend could have been shortened considerably with a different layout around the present head and wingtip section, but Elves aren't about minimalist practicality, Elves are about dashing beauty first and foremost ("The unadorned life is not worth living"), to which their practical solutions then have to take shape around.

My brother proposed a better city map based on an eagle shape, namely something with wings like this, where the empty space between wings and head is the city's harbour, easily sealed off by [lexicon]giant[/lexicon] harbour gates at the wingtips.

Note also that this concept city have a lot of untouched marshlands close by. Elves, being [lexicon]resistant[/lexicon] to sickness, would not find swamps to be an unattractive waste of productive land and den of pestilence. Rather, they would find their natural beauty appealing, not least for all the swarms of birds nesting thereabout.

As you can imagine, a lot of buildings would be tall and towering structures, meaning that a small footprint on the ground doesn't say anything about the actual space. Likewise, cellars, sewers and underground grain stores and reservoirs are not touched upon at all. A lot of roads and walkways would probably have sparse and elegant mosaic patterns inlaid into them. The military harbour is just a close copy of Carthage's. In the end, one would expect Elven cities to take on different forms than Human ones, given the different and more artistic mindset of Elves as well as the prevalence of high towers and ridden flying creatures mean that any noble worth his salt would like his city to have an appealing layout, whether mimicking the shape of objects or creatures, or having a street network based upon prismatic patterns or something else completely. 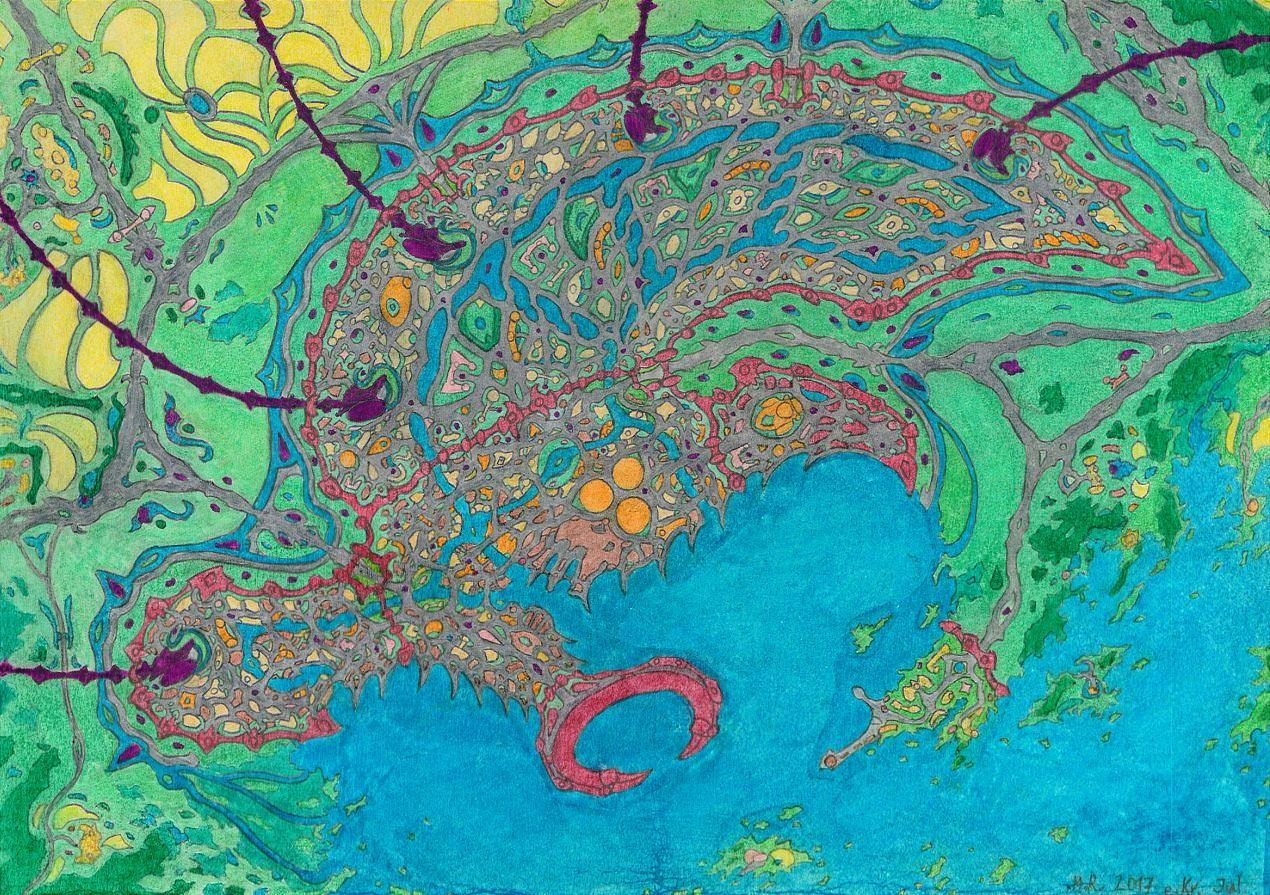 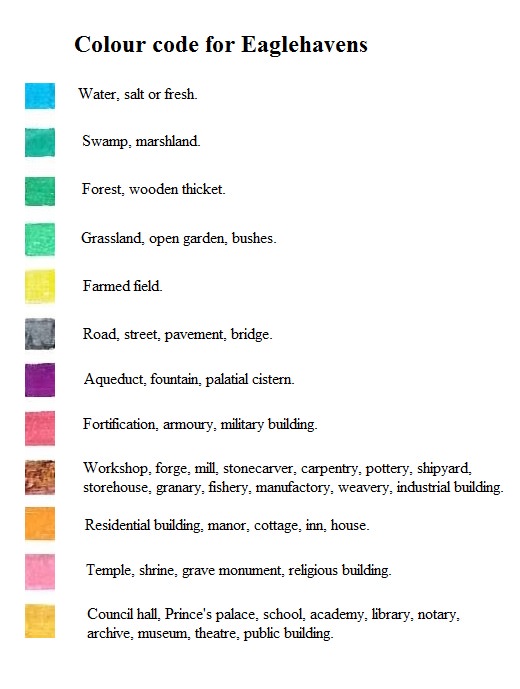 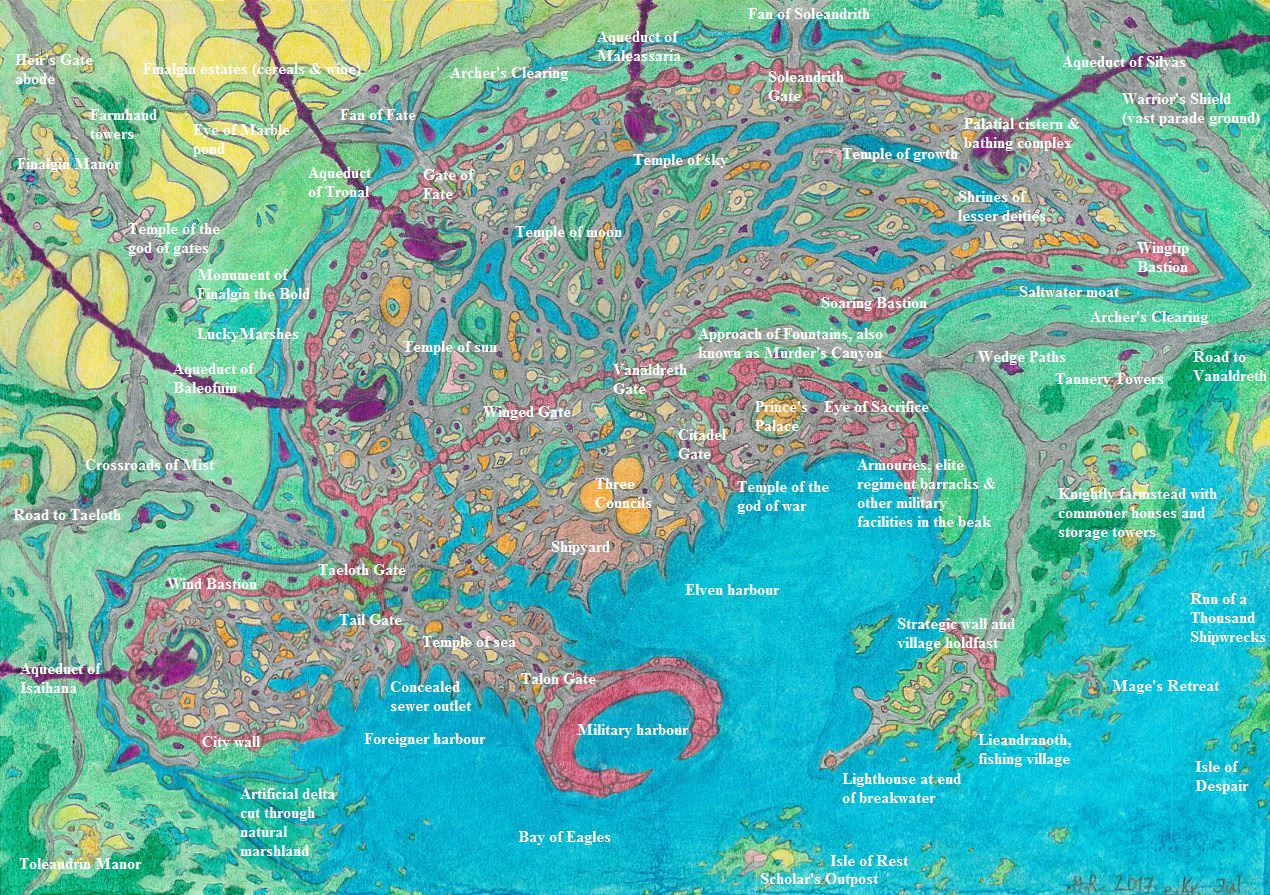 One way to reinforce the non-Human impression of Highborn Elves, is to break away from long-standing real life Human design forms in architecture, urban planning, landscape architecture and the like. Stark and simple geometric designs are standard when Humans map out buildings and street networks: There are squares, rectangles, circles, octagonals and a combination of such simple geometric forms. Parallell lines are a favourite.

It's an interesting concept to ruminate on, and I really like your organic cityscape example.

Thanks for taking the time to share your ideas

Superb ideas.
Thanks for sharing here.
And Merry Christmas to all who read this!

Winds never stop blowing, Oceans are borderless. Get a ship and a crew, so the World will be ours! Today the World, tomorrow Nagg! {--|oBrotherhood of the Coast!o|--}
Top
Post Reply
3 posts • Page 1 of 1