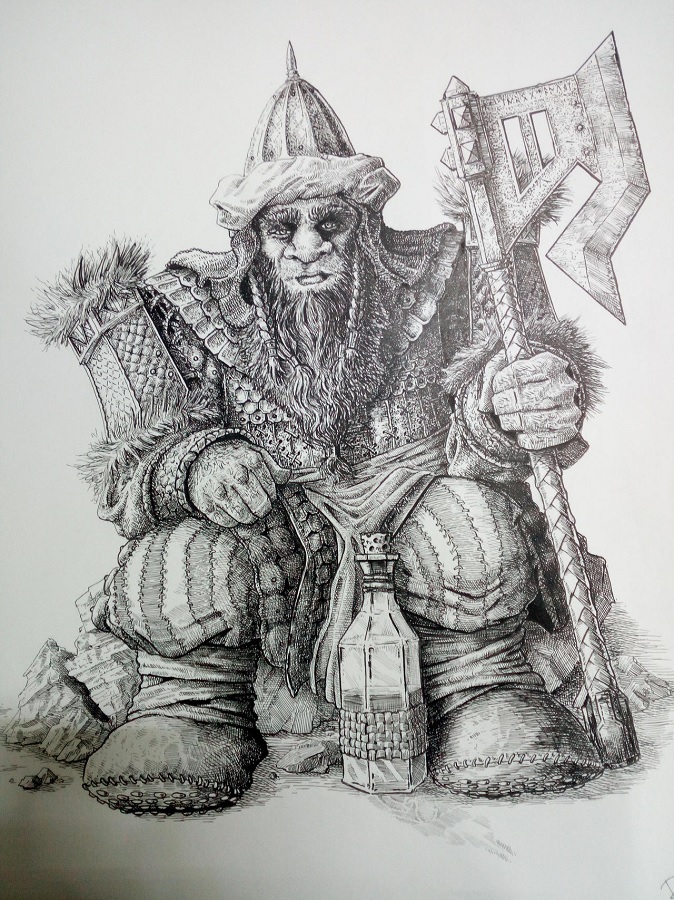 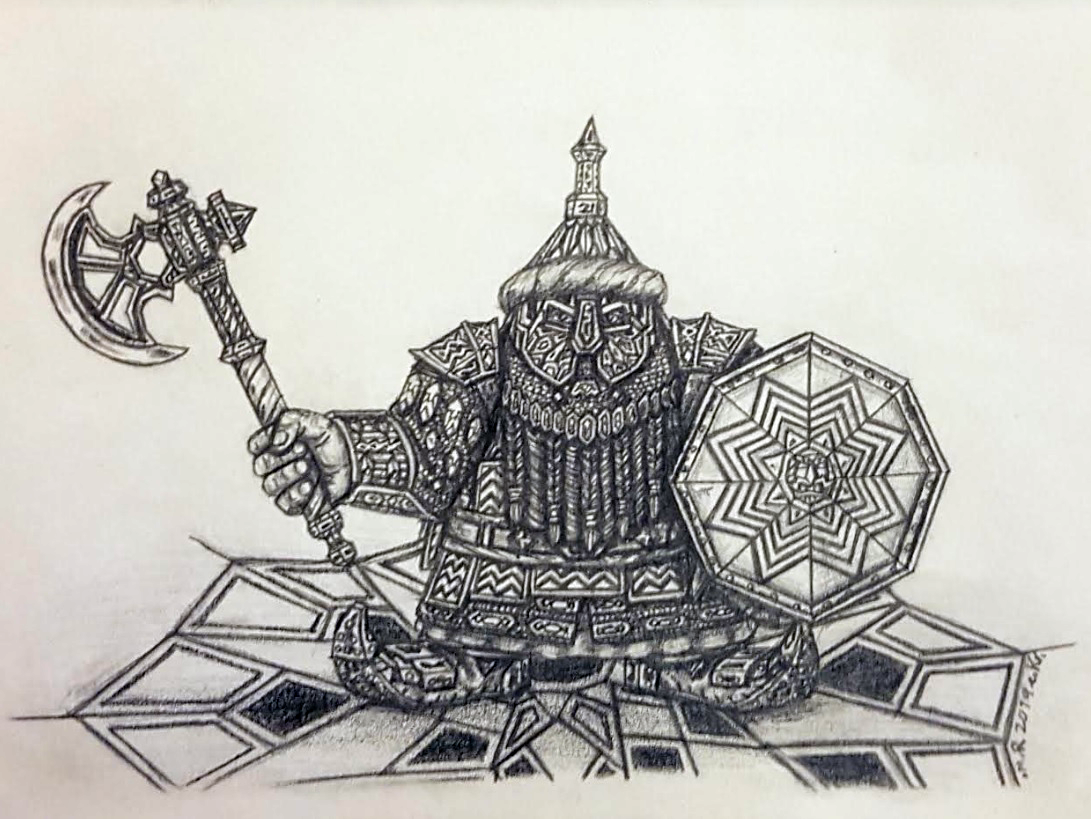 Nekoshim of the Copper Mountains

As originally proposed here, let's spice up the map with more Dwarves! Namely, Dwarves in the Copper Mountains (Atlas Mountains equivalent). Not Vetian Dwarves, but descending from ancient Infernal Dwarf colonists fleeing ravages during gone ages and seeking wealth, who settled in the distant Copper Mountains and lost close contact with their eastern kin in the following ages of chaos. During these eras of war, the Infernal Dwarf main body to the east turned toward heinous methods to survive and even prosper in an vicious world of savage hordes and marauding tribes battering their fortified cities: They started to enslave Daemons and mortals alike, dabbling in forbidden arts and pursuing power at any cost. Power to survive, to fight back, to dominate those who once beset them with superior force.

Not so the westerly cousins of the Infernal Dwarves, who developed in isolation and claims to have never turned to arts Daemonic. While a Dwarven folk apart from Gavemites, Vetians and Northern Dwarves alike, the mysterious Copper Dwarves have also become a tribe separate from their original kinsmen in the Infernal east, an uncorrupted branch of the benighted Infernal Dwarf tree. 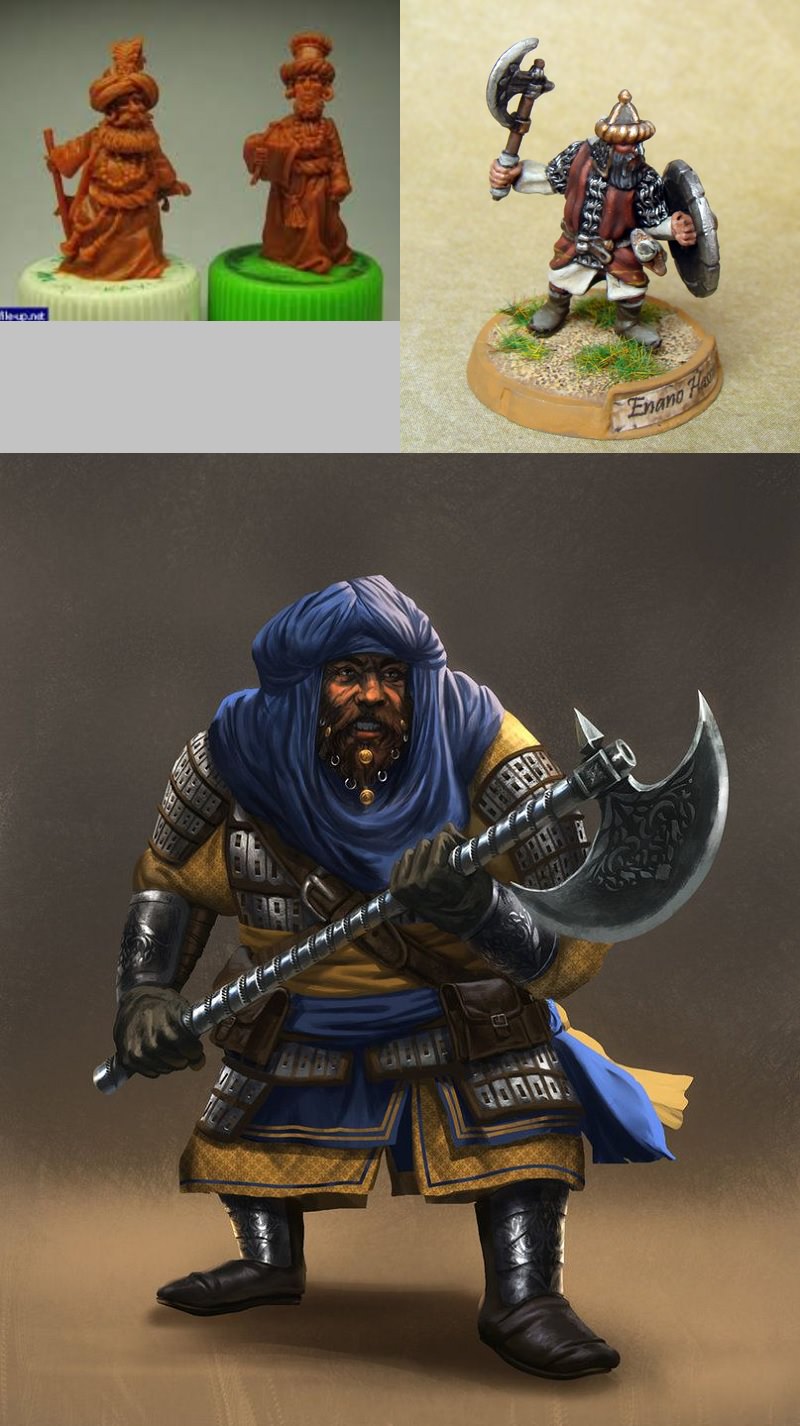 I've got neither intention nor time of turning this into Homebrew army book with hopes of something making it into an official Dwarven Holds army variant, but if anyone wants to do so, then be more than welcome to move this to the Homebrew section! Just want to plant this seed firmly in the minds of T9A fluff writers and readers, and advance Dwarven interests in a milieu which is usually not associated at all with Dwarves in fantasy. Hopefully this gets the ball rolling enough for the Ninth Age team to pick up on the concept.

How does their culture look like? Any defining characteristics? Would a potential Copper Dwarf army list variant sport any unique things? Got ideas of your own? Please share! 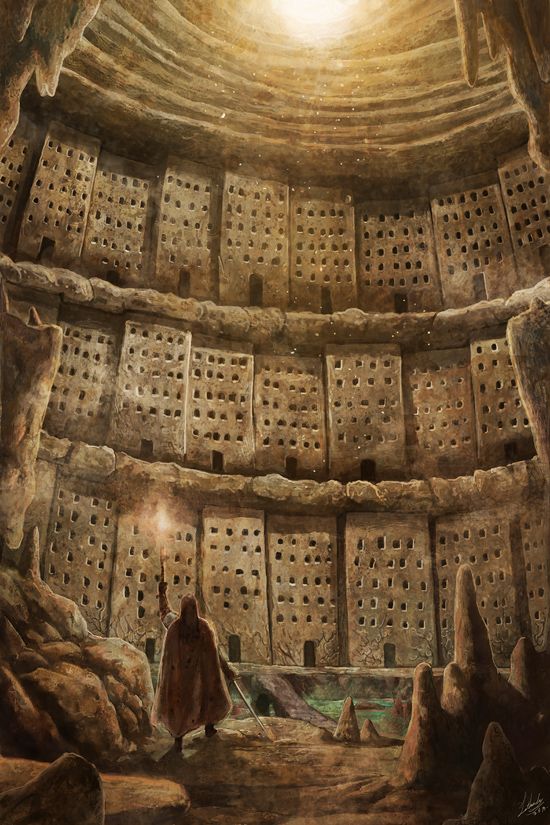 As something of a reference, we've got Nabatean Petra's rock-cut buildings. Much of the largest is in Graeco-Roman style, while other parts sport local styles familiar from Mesopotamia in particular, with a local twist (stepped ornaments).

Below is a proposal on how Copper Mountain dwellers would fit into the wider world. Amharaq in particular could hold sway over many vassal Copper Mountain Dwarven Holds by long-standing treaties realizing Amharaq's military dominance into political influence and mutual economical benefit for both parties.

The southwest could be more rowdy, with only some Holds occassionally swearing allegiance to Al-Hisn (when forced or when it suits them), but mainly staying independent or acting independently under Amharaq's umbrella. Conflicts over land and water with local human highlanders and towns repeatedly flare up in the southwest, breaking an uneasy peace of occasional raiding. Copper Mountain Holds as a whole are not a united force with anything resembling a confederation, but a scattering of mainly subterranean settlements cleaving to their own interests and doing what it takes to survive and prosper. However, a gaggle of southeasterly Holds share a long-standing alliance against incursions from Hakim Nomads (dwelling on the desert frontier of the Copper Mountains), and will often unite their forces to exert control over key points along the eastern caravan route through the Great Desert, leading on to fabled Kegiz Gavem. Fortified oasis towns with date palms serve as resupply points for desert-trekking caravans, yet rule over the oasis towns have shifted many times from Copper Dwarven to Human hands. These towns sport a predominantly Human population, yet often with Copper Dwarven garrisons and overlords.

Note that the southern-most fork of the eastern route take a long detour around Rift Daemonic lands, while the northern fork to Kegiz Gavem is in eternal danger from Orcs & Goblin raiding from out of the northern Mountains of the Moon.

The ancient sea migration is obviously a reference to Sea People resettling to the west, and more particularly to Phoenician colonies in the Mediterranean. 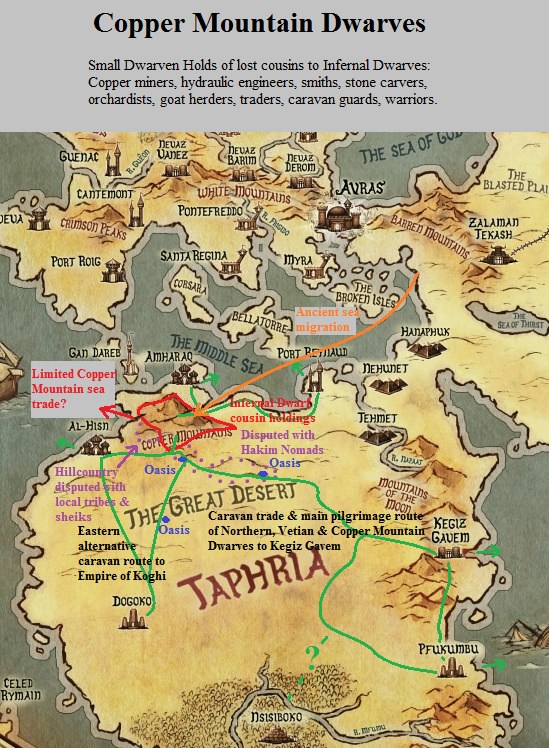 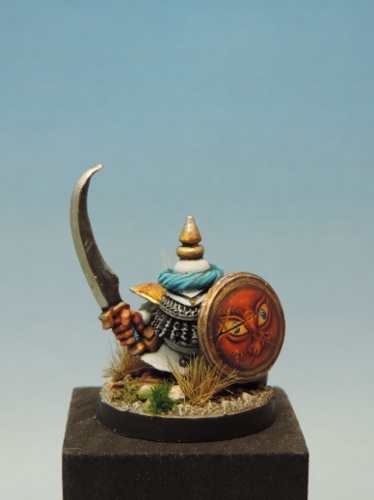