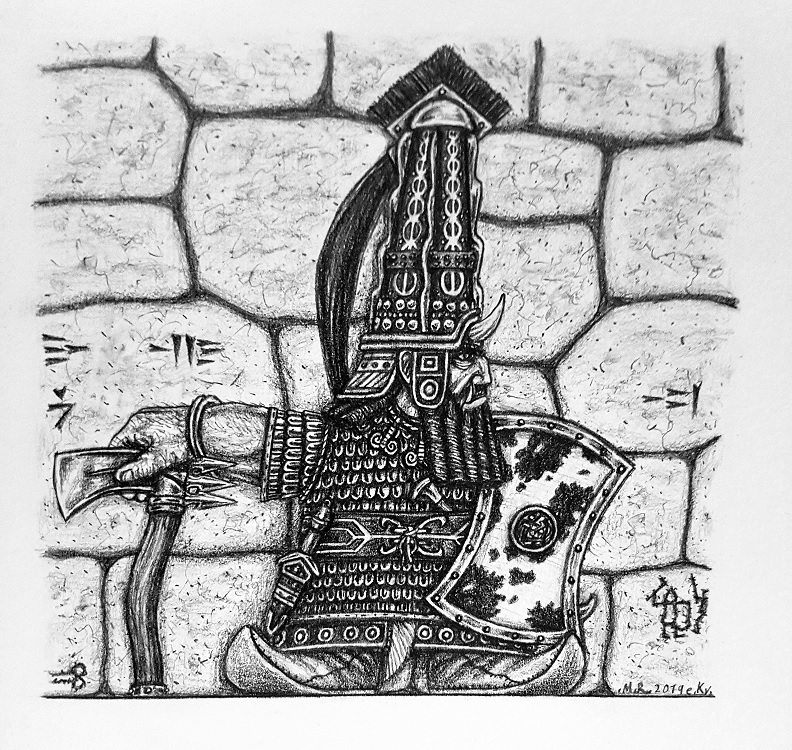 Infernal Dwarves of the Barren Mountains

Ladies and gentlemen, can you sense the smell of the Inferno in the air? What weird, wonderful and horrible realms and peoples could be found in the benighted east? Enter, if you dare trek across the Barren Mountains on your way to reach the infamous city of Zalaman Tekash...

Let's give spice to the setting with a reverse image of the Nekoshim Dwarven Holds of the Copper Mountains: Where the Nekoshim are descended from the same stock as the benighted Infernal Dwarves in the east, and speak a cousin of the same language, they are uncorrupted, or so they claim.

As such, in the Barren Mountains could be found Dwarves of the same language family as those of Vetia, but corrupted to the core. These highland Infernal Dwarves would be a reference to the ancient Hittites of Anatolia, famous for their monolithic stone architecture, early smithing of iron, larger chariots, and being the Egyptian's great imperial enemy in the Battle of Kadesh. The Vetian Dwarf language of these Infernal Dwarves of the Barren Mountains would be a reference to the Hittites speaking an Indoeuropean language.

The cursed Dwarrows of the Barren Mountains could have had a golden age of mighty empire long ago, which they remember with longing and festering hunger for power. Yet this Infernal Dwarf people of the highlands and their distinct culture remain for all their losses and and disasters, while the bite of their steel weapons tend to be directed by their suzerain overlords in Zalaman Tekash. They have sworn to reconquer the entire Barren Mountains range, which is now largely infested with barbarian Orc and Goblin tribes. While peripheral to the juggernaut power centre and hub of invention that is Zalaman Tekash, the benighted Dwarrows of the Barren Mountains still partake fully in the shared technology, science and forbidden lores of the Infernal Dwarves; sporting essentially the same arsenal and much the same ways of war. The Infernal Dwarves of the Barren Mountains still build in an archaic style of monolithic stones true to their ancestors of dark glory, and they have likewise preserved bull chariots for more than just ceremonial and luxury usage. For occasionally their hosts will field mighty trundling bull chariots, side by side with smoke-belching Infernal Engines and other modern mechanical contraptions.

It has been remarked, by nasty people, that Dwarves are a pest impossible to exterminate. And so the world of the Ninth Age sport an intoxicating myriad of wildly different Dwarf cultures, whose penchant for preserving ancient traditions is only matched by their innovative craftsman minds and hands. The hard-bitten Infernal Dwarves of the Barren Mountains are living proof of this.

Please share your ideas, comments and criticism for this quick background proposal, folks.

Look the same as regular ID... viewed from Silexia.
Winds never stop blowing, Oceans are borderless. Get a ship and a crew, so the World will be ours! Today the World, tomorrow Nagg! {--|oBrotherhood of the Coast!o|--}
Top

All Elves look the same to a Dwarf. 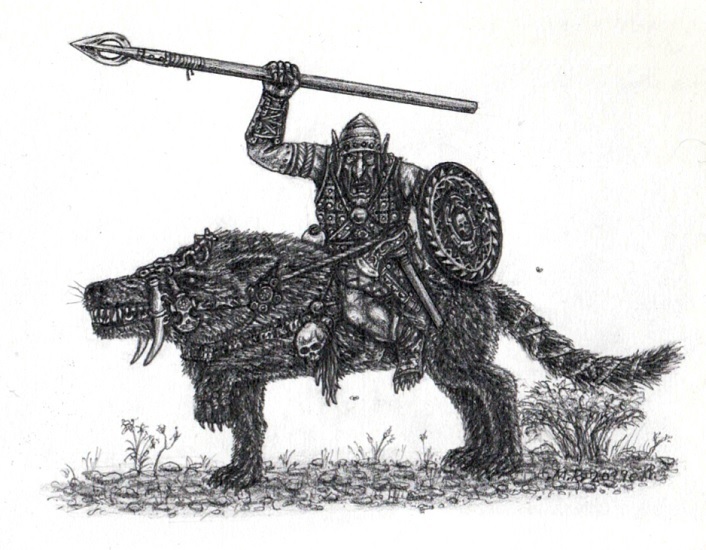 My colleague tjub asked for Hobgoblins to go along with the Infernal Dwarves of the Barren Mountains, so here goes a remnant of fantasy Cimmerians, with cues taken from the Andronovo and Koban archaeological cultures, settled in the fantasy equivalent of the steppe inlands of Anatolia (which attracted Turkic nomads following the battle for Manzikert):

The steppes of Vetia and Augea are nowadays largely dominated by Makhar Humans and Ogre tribes, with Hobgoblins being a persistent but minor part of this volatile, shifting landscape. It was not always such. The very first true lords of the steppes were Hobgoblins, for it was they who first mastered mounted combat and spread terror far and wide with their wolf chariots and riders. The Fourth Age, that ruinous age of iron and barbarity, saw Orcs and Goblins rise like a savage tide in Vetia, and their Hobgoblin cousins were likewise ascendant on the vast steppes in the inlands of Vetia and Augea. Later on, the Hobgoblins were overshadowed by Ogres and Humans, but the Fourth Age were their absolute peak of dominance on the steppes. Yet Hobgoblin ascendancy predates this age, for the very first hordes of mounted steppe nomads appeared during the late Third Age, when their chariots and later wolf riders struck terror into western Augea and pillaged far afield. The warlike exploits of these most ancient of Hobgoblin tribes were the subject of alarm and fear during their heyday, and echoes of this chaos and scare still lives on in scattered legends and surviving writings, in the shape of odd tribal names and short descriptions of war and fabulously unlikely conquest of cities by cunning Hobgoblins armed with bronze weapons.

While the original tribal confederacies that ravaged the late Third Age are long gone, leftovers from this initial age of greatness still lingers in the steppe-like inland of Minor Augea, for here the Kundrocerian Hobgoblins roam the small steppe, serving as vassals to the Infernal Dwarves of the Barren Mountains and clashing with local enemies such as Vermin Swarms, Orcs and Goblins, as well as Avrasian and Chiomarean Humans.

The many varied landscapes of Minor Augea are home to several archaic remnants from earlier ages, who have managed to preserve much of their ancient way of life and war. The Kundrocerians are the most archaic, and their tribes are still alive and kicking as ruthless slavers, raiders and ambushers; an echo of great invasions during bygone ages of ruin, still sporting wolf chariots and ravenous riders with devious cunning in their quivers and cruelty in their eyes.

Please share your thoughts, criticism and ideas on this Hobgoblin sidekick proposal for the fantasy Hittite Infernal Dwarves of the Barren Mountains. 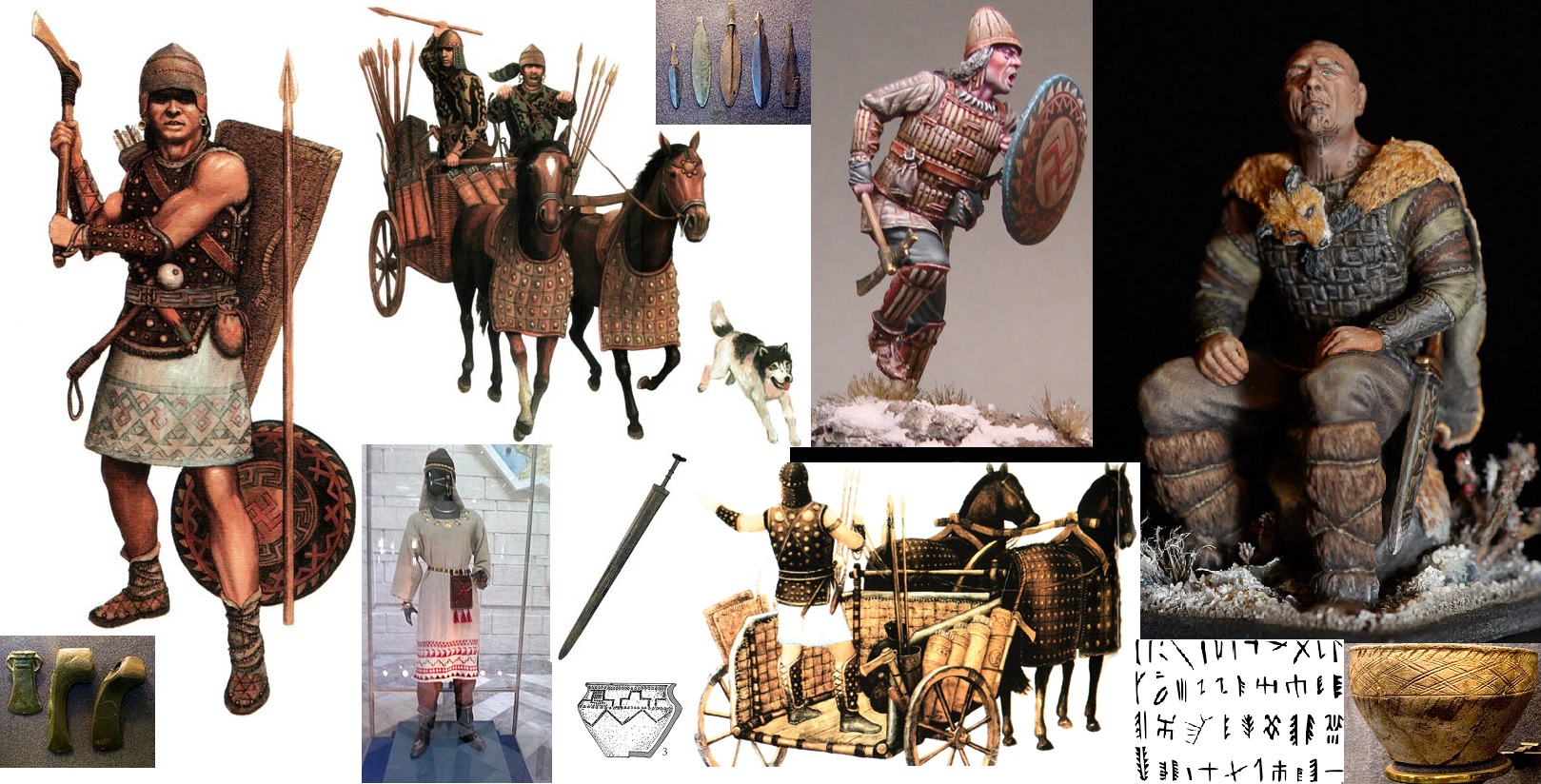 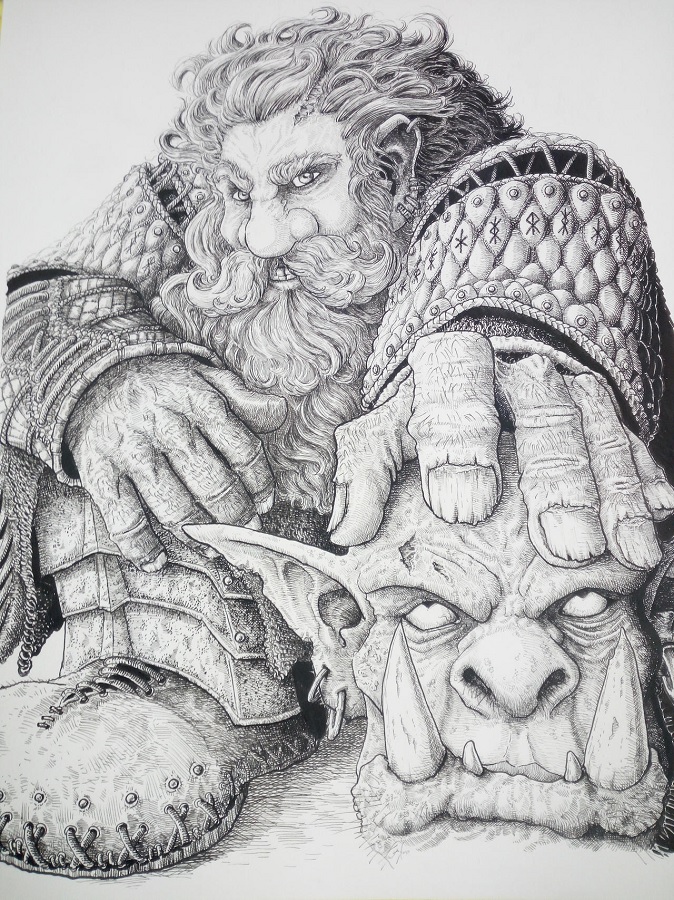 Artwork by DracarysDrekkar7, being a fantasy Hittite Infernal Dwarf of the Barren Mountains concept for the Ninth Age. This artist has a deft hand at illustrating fantasy, capturing both an impression of rugged life and craft refinement in fine detail. Check out the wild eyes and strong hands!

And do check out his Deviantart gallery and leave him a comment!