Art Contest III saw new artworks created for the Makhar Confederacy, the Ninth Age's fantasy Magyar steppe nomads. This army is a spin-off cavalry variant of Warriors of the Dark Gods (much like Åsklanders are a spin-off barbarian variant of WotDG), complete with two-handed kontos lance cataphracts and giants armed with bows. 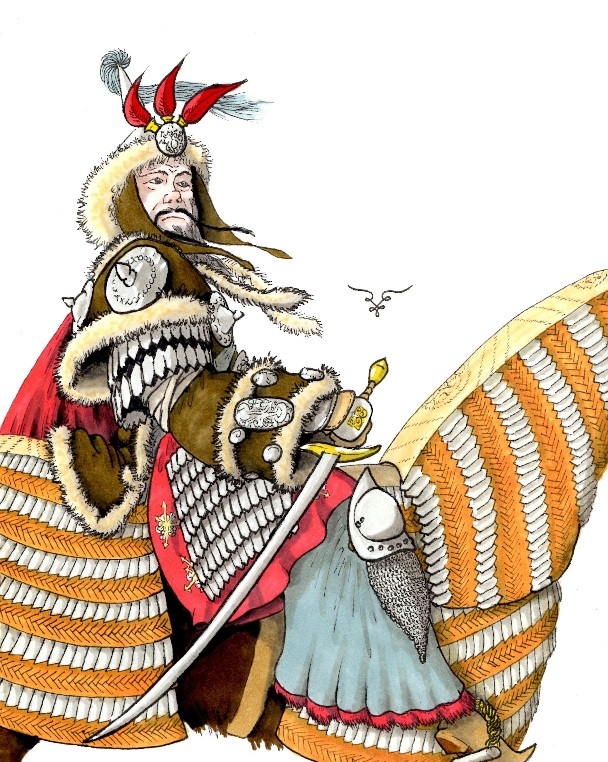 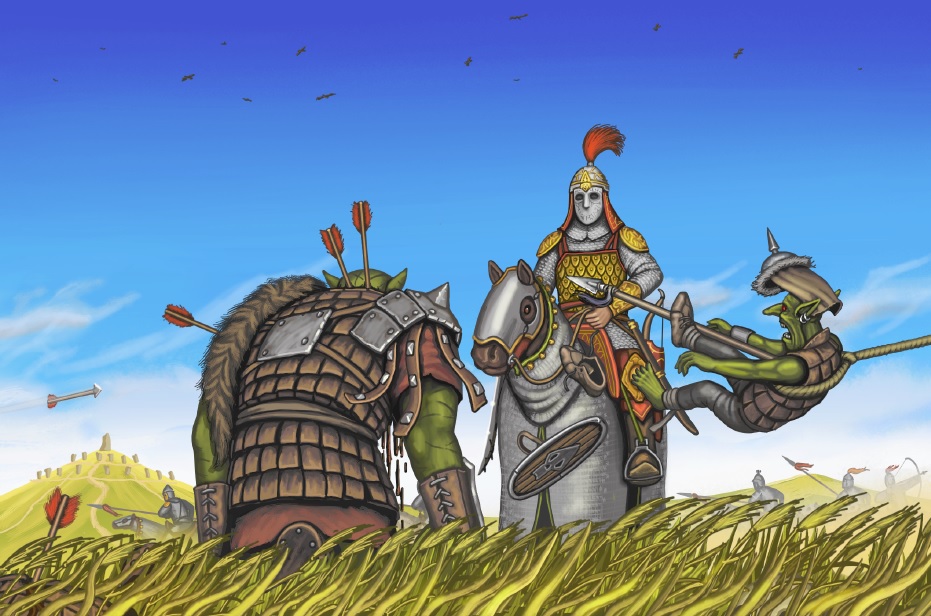 And my own doodle: 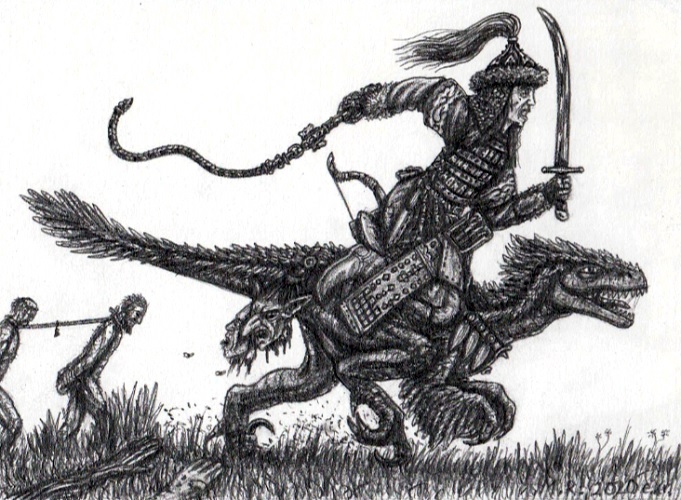 Among the Makhar, some follow a darker path. That of the Flayer. Where the herdsman is content with his horses and sheep, the Flayer seeks more exotic and sometimes dangerous pastoral beasts. Chimeras, turuls, karkadans, and in rare cases humans; the more dangerous the herd, the more prestigious in the eyes of a Flayer. To control these perilous and unpredictable herds, Flayers mount the most spirited creatures: Shadow Chasers.

Makhar Flayer riding atop a Shadow Chaser, which I have interpreted as a large, feathered raptor. Primordial creatures could do with more use outside of tropical climes for fantasy. The mount in this drawing is probably too small to support its rider's weight, or at least so for any extended period of time. Perhaps it is a young one being broken in and trained? The depicted rider is female, as a reference to ancient Scythian and Sarmatian warrior maidens. Said reference may be wasted for Hobgoblins, many tribes of whom are based on Scythians, so better make use of it elsewhere on the steppe. Note the skinned arm in the grass.

Do you happen to have any thoughts and ideas of your own to share? If so, please do!

Ooh, cool! Love the colours on the second picture.
I thought the mount in the last drawing was a feathered nauglir. Whoops. It looks really good though!

Makareth wrote:Ooh, cool! Love the colours on the second picture.
I thought the mount in the last drawing was a feathered nauglir. Whoops. It looks really good though!

Thoughts and ideas for what exactly?

Cheers! It's meant to be a Makhar Flayer.

Cheers! It's meant to be a Makhar Flayer.

They're the equivalents of Slaaneshi Hellstriders, by the way. Those Marauders on Slaanesh Daemon steeds. But I tried to find a more grounded mount for sake of difference and dinosaurs.

Understandable. I like the mount a lot, no matter what it's supposed to be!